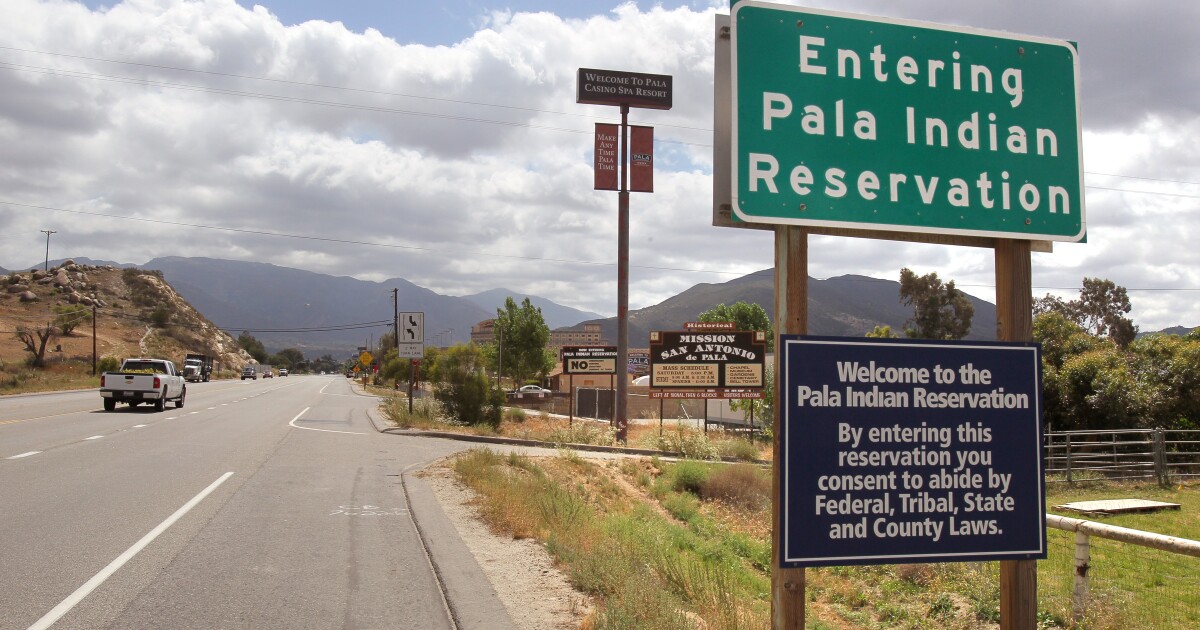 More than $300,000 is being awarded to two tribes in San Diego County by the Department of the Interior to support tribal language preservation efforts, the department announced Wednesday.

With its Living Languages ​​Grant Program, the Bureau of Indian Affairs for Indian Economic Development has awarded $7 million in grants to 45 tribes across the country to teach and preserve their languages, many of which are threatened with extinction. In San Diego, the Manzanita Band of the Kumeyaay Nation in East County will receive $129,337, and the Pala Band of Mission Indians in North County will receive $192,461.

Newland is Assistant Secretary of the Office of Indian and Ojibwe Affairs at the Bay Mills Indian Community in Michigan.

Thanks to decades of forced assimilation efforts in the 1800s, many Indigenous languages ​​have been pushed to the brink of extinction over the past two centuries. The Civilization Fund Act of 1819, in particular, had a strong impact on the traditional dialects, which provided funds for missionaries and church leaders to teach native students English and Christianity as a replacement for their cultural practices.

It was not until the Native American Languages ​​Act was passed in 1990 that native languages ​​were encouraged to be taught in tribal schools.

For the past six months, the Pala reservation has hosted nearly a dozen classes each week for the tribe’s native language, Cupeño, which students can participate in virtually via Zoom, said project manager Sierra Kriss. of the Pala Learning Center.

Traditionally known as Pa’enixily, the language is considered dormant because the last native speaker and author of the Cupeño oral history and language book “Mulu’wetam: First Peoples”, Rosinda Nolasquez, died in 1987.

Funding from this grant will be used to continue to pay Pala’s four language teachers and to provide educational materials like flash cards and games to tribe members that will encourage families to learn together. Having tools for family members to study together is an important aspect of language revitalization.

“Being on a reserve has its differences from city life,” Kriss said. “Most importantly for the children, these lessons give them a sense of belonging and the feeling that ‘I am a native and I have the right to know my mother tongue’. Being able to have that exposure to what their grandparents or great-grandparents said adds an extra sense of belonging in a world where they don’t always feel like they belong.

A total of $835,545 is awarded to five other California tribes. These are the Soboba Band of Luiseno Indians in Riverside County, the North Fork Rancheria of the Mono Indians of California in Madera County, the Kashia Band of Pomo Indians of the Stewarts Point Rancheria in Sonoma, Washoe Tribe of Nevada and California near Lake Tahoe and Wiyot Tribe of Humboldt County.