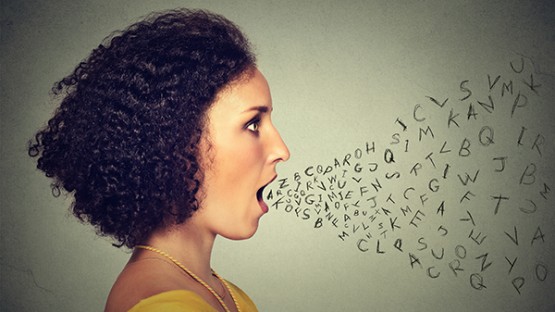 Languages ​​have an intriguing paradox. Languages ​​with many speakers, such as English and Mandarin, have an extensive vocabulary with relatively simple grammar. Yet the reverse is also true: languages ​​with fewer speakers have fewer words but complex grammars.

Why does the size of a speaker population have opposite effects on vocabulary and grammar?

Using computer simulations, a cognitive scientist from Cornell and his colleagues showed that ease of learning can explain the paradox. Their work suggests that language, and other aspects of culture, can become simpler as our world becomes more interconnected.

Their study was published Jan. 24 in Proceedings of the Royal Society B: Biological Sciences.

“We were able to show that whether something is easy to learn – like words – or difficult to learn – like complex grammar – can explain these opposite tendencies,” the co-author said. Morten Christiansenprofessor of psychology and co-director of the cognitive science program.

Researchers have hypothesized that words are easier to learn than aspects of morphology or grammar. “You only need a few exposures to a word to learn it, so it’s easier for the words to spread,” he said.

But learning a new grammatical innovation requires a longer learning process. And that will happen more easily in a small speaking community, because each person is likely to interact with a large part of the community, he said. “If you must have multiple exposures to, say, a complex syntactic rule, in small communities, it’s easier for it to spread and be maintained in the population.”

Conversely, in a large community, such as a large city, a person will only speak to a small proportion of the population. That means only a few people could be exposed to this complex grammar rule, making it more difficult for it to survive, he said.

In their experiment, the researchers simulated communities of individuals capable of communicating with each other, based on the model of real interactions on a mobile telephone network.

Each individual had an inventory of conventions that they could exchange among themselves. These were either easier or harder to learn. When an individual encountered another, they could either use a convention already present in their inventory, or invent a new convention and use it instead.

“What we did was vary the size of the community and run simulations on the different variations to see what happened,” Christiansen said.

“If you aren’t exposed enough to more complex patterns, those patterns are likely to die out, while simpler, easy-to-grasp patterns are likely to survive,” he said. “As the population size of a language community increases, the number of hard-to-learn conventions decreases, while the number of easy-to-learn conventions increases.”

This mechanism may explain why all sorts of complex cultural conventions emerge in small communities. For example, bebop developed in the intimate New York jazz world of the 1940s, and Lindy Hop grew out of the close-knit community of 1930s Harlem.

The simulations suggest that language, and perhaps other aspects of culture, could become simpler as our world becomes increasingly interconnected, he said. “That doesn’t necessarily mean that any culture will become too simple. But maybe the main parts will become simpler over time.

All hope is not lost for those who want to maintain complex cultural traditions, he said: “People can self-organize into smaller communities to counter this tendency towards simplification.

His co-authors of the study, “Simpler Grammar, Larger Vocabulary: How Population Size Affects Language,” are Florencia Reali of Universidad de los Andes, Colombia, and Nick Chater of the University of Warwick, England.

The popularity of a language could influence its grammar and vocabulary